How many times have you heard “ I hate my job” or “I feel so under valued”, there are many things that can affect your happiness in life but having to spend so much time in a position that you no longer enjoy ranks as one of the most detrimental contributors to your wellbeing. 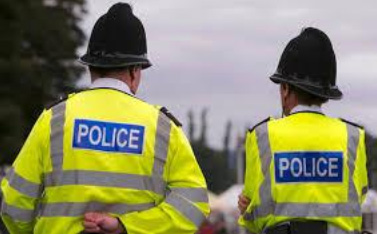 Its sad to say but this position is far to common in the work place, none more so than in our fine police forces across the country. There are a number of reasons that attract our police officers to the job, the most common being ‘wanting to make a difference’ but at what cost.

A recent survey conducted by the police federation clearly highlights that more of our police officers have never been unhappier and feel under valued than ever before. Using the Metropolitan Police Service as an example only 17% of all officers surveyed submitted a response, this being down from 32% on the previous year, the national average across all forces was 25%.

A staggering 87% of the respondents stated that they do not feel they are paid fairly, 82% stated they feel worse off than five years ago. Morale within the workplace is something we should all benefit from, but 94% of those that responded stated they felt the morale within their force was low.

You also have to ask yourself why did only 17% respond to such as well-publicised survey, having been there and listened to those that choose not to respond the answer is a resounding, “Because it will make no difference”.

With the current position not looking to change any time soon I would encourage anyone not just our fine police officers to take the time out and ask yourself “Why NOT move on”. We will and often do look at the reasons why we should stay but remain unhappy, spending years dragging yourself into the office. If you start your working week counting down until your next day off you need to find a job role you enjoy.

My advice, spend an hour writing down the reasons why you should and shouldn’t move on, what do you get in your current role that isn’t being offered elsewhere?

Facts on Gun crime in the US