Our sympathies go out to all those killed and injured in the latest gun attack in Las Vegas on the 2nd October 2017.

It was the deadliest mass shooting in modern US history, just highlighting America’s extreme rate of gun violence – a rate that other developed nations do not come anywhere near.

The US staggering gun ownership figures 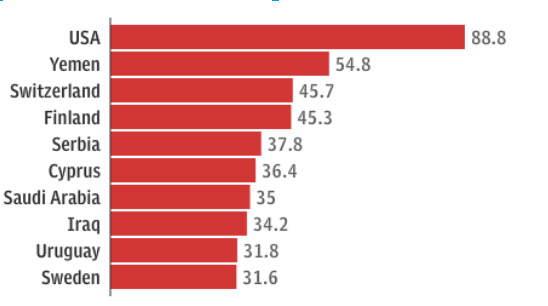 Mass shootings in America – defined as an event where at least four people are shot. The fact is there are almost one mass shooting in Amercia every day.

The scale of US mass shootings in 2017

Number of deaths in mass shootings per month 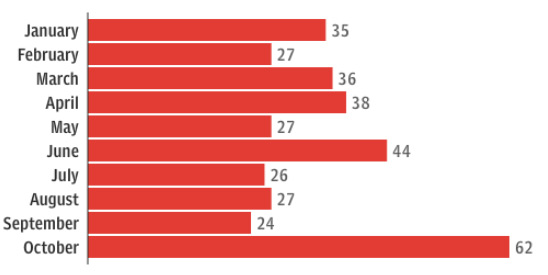 America has 4.4% of the world’s population, but almost half of the civilian owned guns around the world.

Whether you agree or disagree regarding the right to bare arms it is clear to everyone that the laws as they are allow this type of murder to continue. With the tide turning on the attitude to a change in gun laws it will be a matter of time before access will be restricted, but with time comes more deaths.

Why NOT move on.